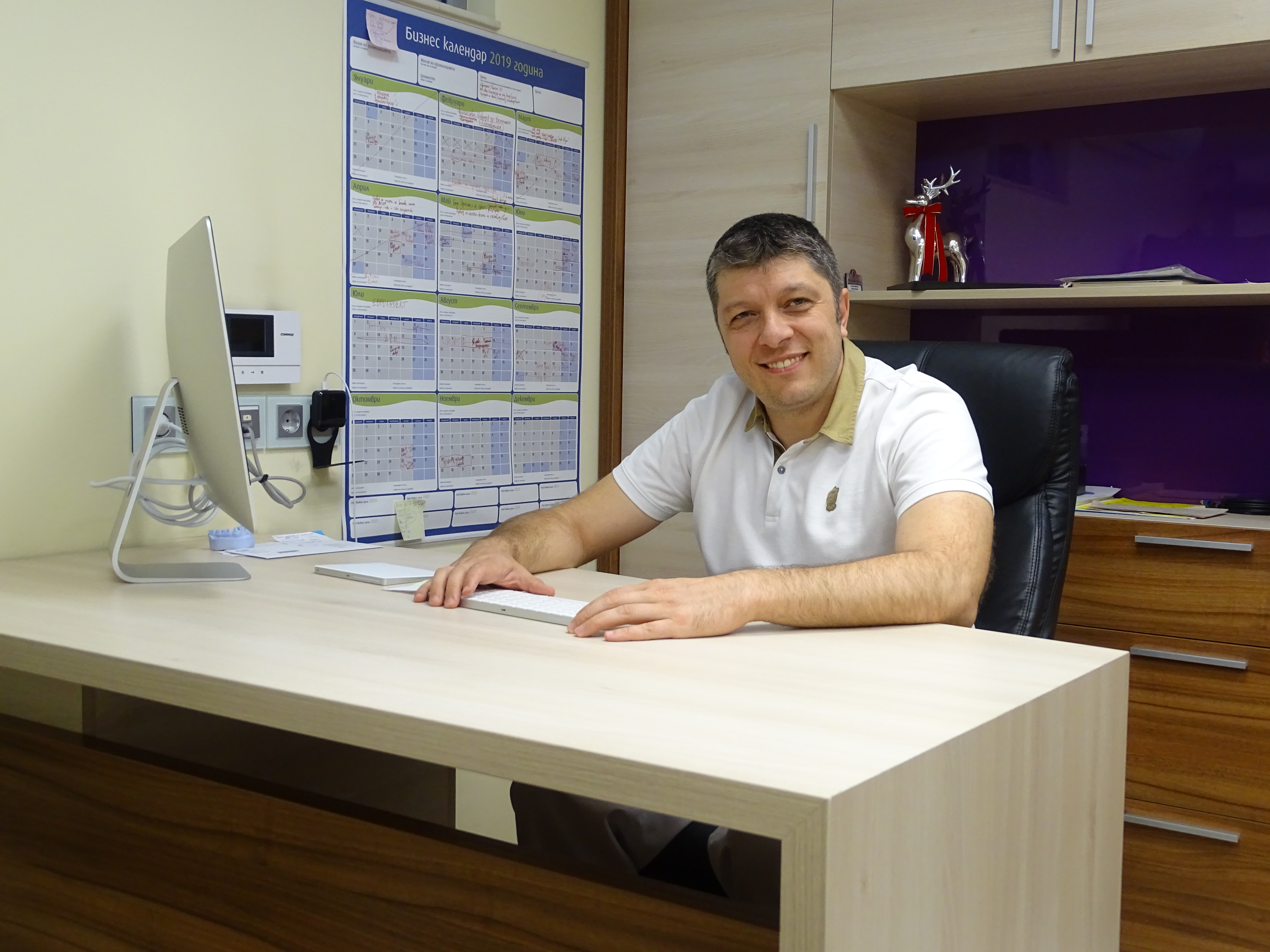 Marian Marinov started a Diploma of Dental Technology Course in 2001 and graduated in 2004 at RMIT University Melbourne.

During his apprenticeship he was working in “Pro Dents” dental lab and “Peter Vryonis Ceramist VIC” PTY LTD as the main focus of his education was fabrication of fixed dental prosthetics, pressable restorations; CAD/CAM and partial Co-Cr denture frameworks and precision attachments frameworks.

After completion of his apprenticeship, he worked in Australia untill 2006 when he decided to return to Bulgaria where he was employed at “Ivan Bourdjev Dental Studio” till 2010. This was a pivotal year for him since 2010 was the year that he opened his own business. From 2010 to 2014 he was a partner and manager of “Schappe Bulgaria SMTL” which was a branch of German based lab “Schappe GMBH”. From then onwards he was a manager and owner of “Sky Dental Lab SMTL”.

During the many years of his career, he continued his professional development and attended many courses such as: